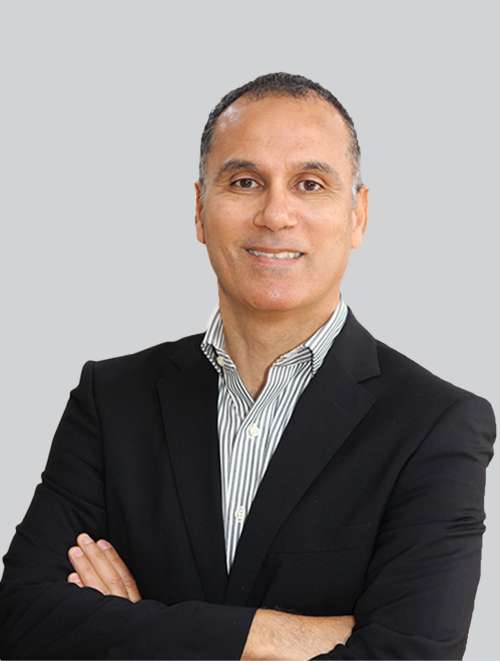 Dr Mourad Ghrairi is graduated from the Louis Pasteur University in Strasbourg (France) with a speciality in Sports medicine and with his experience in the Sports Medicine , he is the best Sports medicine doctor in Dubai at FIFA Medical Center of Excellence.

Dr Mourad's professional career began in 1993 as he joined the “Football Club de Toul, France” as the team physician. Shorty thereafter he was back to his country Tunisia, and he became a physician in the "Tunisian National Centre of Sports Medicine". Simultaneously, He was the team physician of the prestigious “Espérance Sportive de Tunis”. Since 1999, he have been working in UAE as team physician for three different football clubs and finally for the UAE 1st Football national team.

Recently, He organized the “2d Sport Medicine Symposium” in collaboration with my new employer, the FIFA Medical Centre of Excellence in Dubai, The best Sports medicine clinic in dubai. Aside from his field work and my organizational experience, he also a lecturer at the UAE football Association, the Asian Football Confederation, and the European College of Sports and Exercise Physicians. My field work associated with my humble contribution to scientific research allowed me to become part of numerous prestigious medical organizations such as the “FIFA medical network”, the “American College of Sports Medicine”, the “European College of Sports and Exercise Physicians”, and The “Société Française de Traumatologie du sport” among others. He is currently conducting research on the prevention of muscle injuries in football, injuries related to heat and humidity, and pre-competition conditioning. Dr. Mourad also contributing to establish a medical database in UAE football.